Welcome to spaceship earth. We are currently experiencing turbulent times when new technologies impact the ways in which we communicate, work, play, love and live at a fast pace. As technology increasingly pervades our everyday lives, we feel a need to talk about it, to discuss and reflect on the goods and the bads of different technologies. These conversations are happening in many different contexts and on different levels; we have a proliferation of university conferences, even whole fields of study dedicated to researching technology in society; we have technofairs, newspaper articles, opinion pieces by high-tech gurus; and then there is us, the everyday people, discussing identity on Facebook, composition on Instagram and surveillance through location-based technologies while having homemade and organic dinners with our friends. 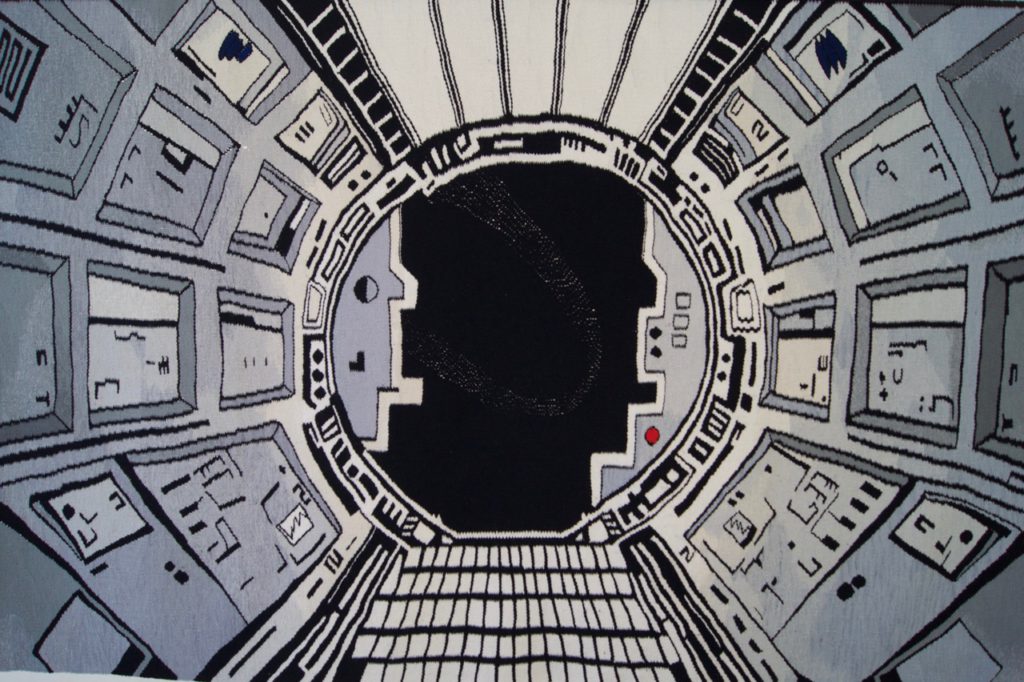 Kristin Sæterdal enters this conversation as a visual artist, using the language of art and a very ancient, female technology with an interesting past – the upright handloom – to reflect on the role of technology in society. She weaves large tapestries using motifs from science fiction. From control rooms, to motherships and outer space explosions, the images that Sæterdal weaves are archetypical moments of humans meeting other worlds. Her motifs are part of our collective imagination. We recognize the images from films, television series, comic books and even graffiti, connecting Sæterdal’s work to existing narratives of outer space adventures where humans often set out to explore the unknown, for various reasons and with varied results.

For Sæterdal, choosing the image is a crucial part of the work, in practical and aesthetic terms. Practically, the slow tempo of the weaving technique makes for a long and elaborate process of production that allows for few – if any – changes or mistakes. It takes Sæterdal an average of eight months to weave a large tapestry – given that she manages 4-5 hours weaving session per day. She is only able to see fragments of the piece until the final day, when she cuts the thread and can finally see the whole image. Given this long production process, creating a work around the wrong image is too high of a price to pay. So what makes a good image for Sæterdal, in aesthetic terms?

In The Red Capsule (2011) – a giant control room where we see a woman in a corner – she illustrates a situation in which the autopilot has turned off, and the human left in the room needs to steer the ship. The woman finds herself in a moment of uncertainly and stress, where the same technology that allowed her to be there in the first place fails. Will the human be able to control the spaceship? And who controls whom in the end, the technology or the human? The Melancholy of Departure (2014) shows the moment of departing a world, though it is not clear on what terms. Is this a friendly departure with a return possible? Or is this an escape from a place where dreams did not come true and the possibility of a new future was not realized? In her latest work, Mothership (2016), we see the interior of a spacecraft with an open door onto a dark world, hanging in a moment of uncertainty.

All these motifs convey ambivalent moments, turning points, liminal spaces where things could go could go either way for humans; they contain hope and disillusionment, faith and pessimism, excitement and suspicion. They are disquieting images of “Science Friction”, as Franz van der Ploeg has called Sæterdal’s work. They remind us that technology has a back side, and that it is never only beneficial, but that its possibilities often come at the expense of hindering something else.

The attempt to show a balanced perspective on technology in the motifs is reinforced by Sæterdal’s insistence on exhibiting her tapestries in such a way that the spectator can see both sides. This impetus has led her to construct structures to hang the tapestries in the room – as if they were sculptures – and not following the convention of the painting. Looking at the front and the back, seeing the polished image and the messy backside – the Janus face of product and production, connects Sæterdal to a group of contemporary artists who are using technology in an intrinsic way – not only as tool but also as topic – to present nuanced reflections on technology that depart from one-directional perspectives, by using the very same technologies that they are criticizing.

And finally, the ambivalence of the tapestries is underscored by the juxtaposition of form and content. The materials, technology and technique that Sæterdal uses – wool, loom, handmade – all come from the realm of the female, pre-industrial, domestic universe, in contrast to the synthetic, automatic, fast-paced technological world she is commenting on. The tightness of the wool imbues feeling in motifs that would have otherwise remained flat. The artistic language of Sæterdal contributes to discussions on today’s innovative technology with a disquieting familiarity, reaching back to the industrial revolution, while at the same time containing possible images for the future. Can we communicate, work, play, love and live, and perhaps slow down, in a time of technological turbulence? 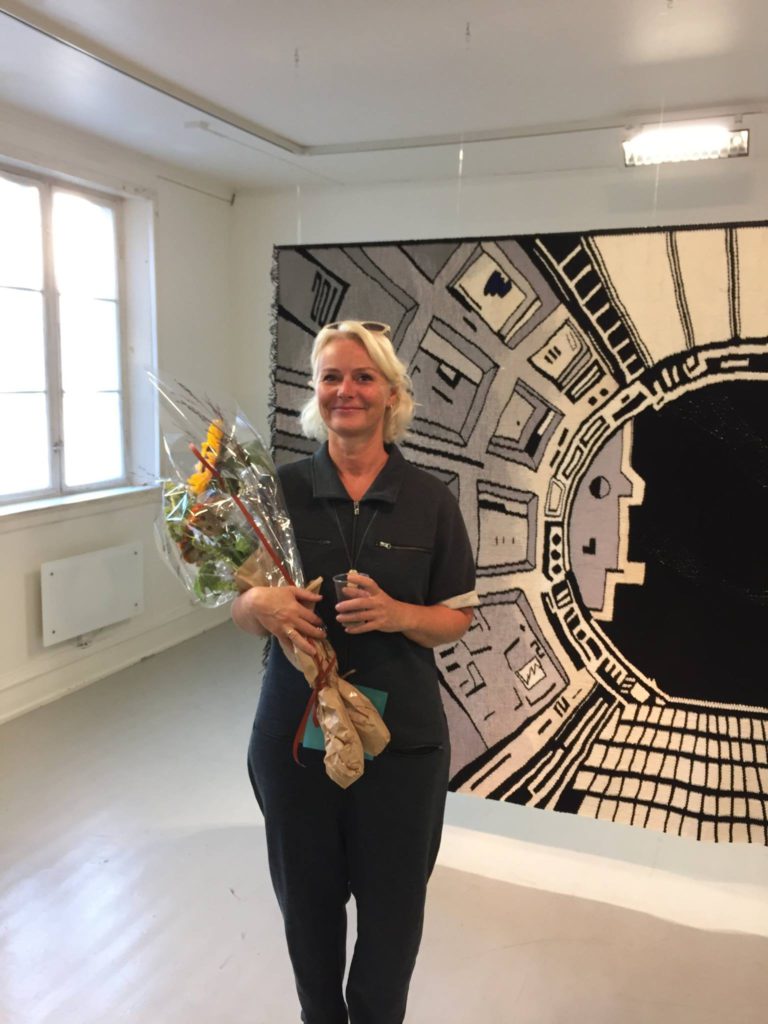